The part of the ANSORGE group that is located in Germany consists of the two companies MVA Metallveredlung Ansorge and ANSORGE Oberflächentechnik GmbH. Both companies are working close together and supplement their services to offer you the best possible quality.

In 1971 Helmut Ansorge founded the MVA Metallveredlung Helmut Ansorge as the first company in the ANSORGE group. The costumers were shown that in only a short amount of time a customer-oriented, high-performance partner has been established. In the following time fully automated systems have been introduced that even today allow us to respond individually to specific customer needs. The MVA Metallveredlung ANSORGE is the foundation for today’s ANSORGE group, which is now run by the second generation.

Our galvanic lines provide our customers with zinc- and zinc-nickel-coatings with all common subsequent treatments according to current standardization. Supplemented with custom conversion layers, this galvanic process also serves as a basecoat for subsequent organic coatings. The resulting duplex coatings which are handled in close cooperation with the ANSORGE Oberflächentechnik GmbH are highly protective surfaces with special features such as colour, dry lubrication, deformability and protection against stone chipping.

Using the years of experience of the MVA Metallveredlung Helmut Ansorge we recognized new needs of the market, which could no longer be satisfied with galvanic coatings alone. Therefore it was decided to expand the existing services with the wide range of technical possibilities of lacquer coatings. To apply these new coatings a new company had to be founded so in 1992 Ansorge Oberflächentechnik GmbH was opened.

Right from the start the company became a qualified and licensed coater for MKS-products from the Dörken company. Our abilities to apply these coatings on big and complex parts even in small amounts have developed even further since then. Ever advancing requirements on the coatings have led to the fact that today Ansorge Oberflächentechnik GmbH can offer a wide range on lacquers and techniques to have a viable solution to almost every problem. In addition to the a zinc lamella basecoat we offer many coatings like wet lacquer, two component lacquer and powder paint to create the best fitting surface protection system for your parts.

Our experiences with the often complex challenges for surface coatings in the automotive industry are also incorporated in the coating of non-automotive parts. This is why we have a satisfied customer base also in wind power, mechanical and electrical engineering – throughout Europe.

With the advancement of globalization one challenge for a supplier is to also look for new markets, so we did. After being encouraged by one of our main customers in Germany we built an additional manufacturing facility for duplex coatings in Mexico.

The new company TECNIFLEX Ansorge de México y Compañía, S. en C.S. de C.V. was founded in April 1999. With the start of the year 2000 a galvanic line and a coating line were put into operation. The used machines are similar to those used in Germany.

This way we laid the foundation for making almost every service we can offer in Europe also available in Mexico.

In 2014, a cooperation between MUSCHERT & GIERSE in Germany and a Mexican partner was introduced, which led to the constitution of a new company MTC COATINGS DE MEXICO, S. de R.L. de C.V. MTC launched operations in the direct neighborhood of TECNIFLEX, focusing on zinc, zinc-nickel alloy and zinc flake coatings processed in barrel. 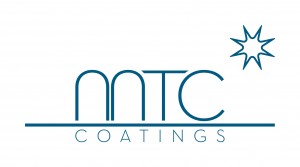 In 2019, another TECNIFLEX site was opened in Comonfort, Guanajuato. Initially, the galvanic treatment of rack parts with zinc and zinc-nickel. The new galvanic line has flexible uses, so that even casting brake may be coated.

All pages at a glance